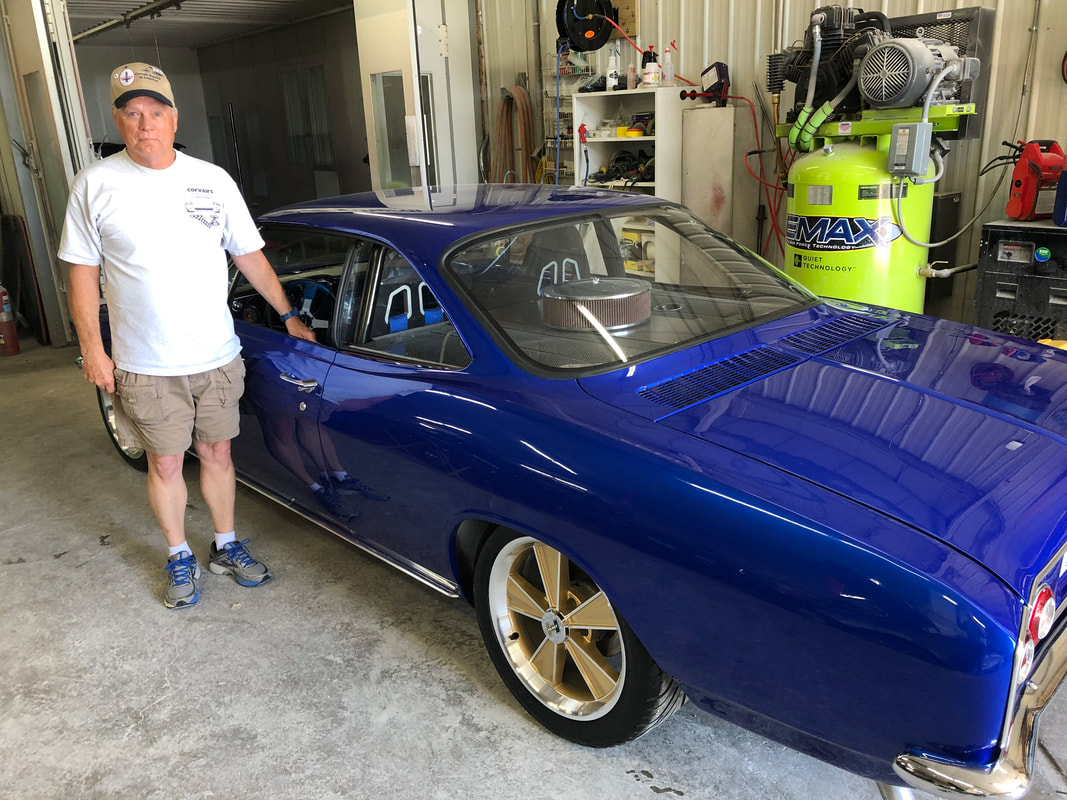 Rear Suspension:
Based on an early 80’s March Formula 3 car, 3” of bump and 2” of droop, little camber change

Front Suspension:
Upper arm moved back to increase camber curve as wheel goes to bump
3” of bump and 2” of droop, camber should be 1.5 to 1.7 positive
Need correct spring rate to set ride height and camber

Rims:
Custom made by Fast Wheels, center holes not standard

Rear Hubs:
Had to true up rear hubs

The whole drive train comes out with four bolts, including the radiator.

Got a whole bunch of small parts. Installed door hinges with springs, tail lights and bulb holder. Trying to figure out how to wire it. Installed gauges in the CORSA dash. Having issues with the election speedo hook up to the ZF. They sent me an adaptor for a Chevy trans. Called a Pantera place and they have one that will work. Want to have it on the road by June so I can drive it to the convention in Knoxville. Looking forward to having exhaust on it. Got wrap for the exhaust. It is going to be a challenge with the 180 degree headers. It is really tight in there and the pipes are close together.

The first thing I wired was the dimmer switch. Didn't want to start out with anything that would be difficult. I attached a picture of the front of the dash. I used Seth Emerson's brackets to mount the instruments and they work very well. The instruments will light up LED blue. The wires in the kit are all marked with what group they go in and what they attached to. Some of the printing is hard to see on the really small wires especially when they print the directions in white. You need two things, bright light and good eyesight and a magnifying glass, make that three. They are color coded and the instruction manual has a page that has all of the sections listed with what color wires that should be in that section and where they go. I got the bigger wiring harness that has power window wiring. The rear windows will be power at some point because I will not be able to get there through the fire wall. I really don't need the third stop light wire or some others. My neighbor helped me get the harness untangled and now it looks like a real wiring harness. It takes time to sort out the groups and where they go but if you take your time and don't get in a hurry the kit is self explanatory. I have a lot more confidence in myself and what I can do. Now to get the dash in and wire the motor is the next challenge. I will do the lights last because that seems to be the easiest part since the wires are marked and you just attached them to the correct side. Reading the instructions and not just starting to run wires is the most important thing you can do. Laying the harness out before installation helped a lot and you can see where the individual groups go. Don't expect to get this done in a couple days, it took that long for me to just lay the wires in the car. Really looking for to using the key the first time and have the car actually start and run.

Working on the suspension and putting a retainer for the rear drop. If I let it go all the way down the u-joints hit the upright. Figured out what needs to be done to correct the problem of the rear upright moving when the car is in reverse. Building a new link for the top that will make an A arm setup for the top suspension. Had a guy come over that builds race cars and he knows his stuff. When he first looked at it he said that will not work. Not a confidence builder. He figured it out and now I'm making it work.

The first picture is what the dash looked like when I bought the car and the others are what it looks now. I added a mechanical oil pressure gauge. Gauges all lit up. The trunk is finished. I now have a two speed wiper with washer. 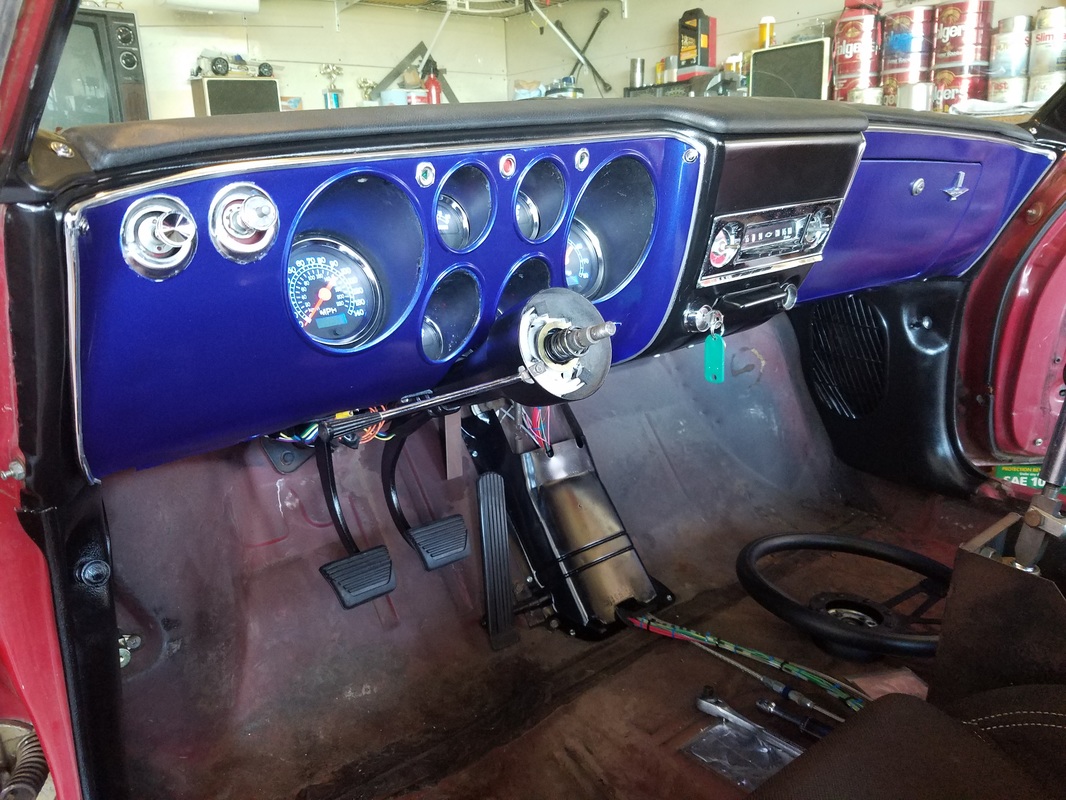 The firewall is the only big project I have left to do. Got the metal cut and have a piece of Lexan for the top. Need to get the roll bar welded in.
I cut all the sheet metal by hand and formed it over a 2x4.
The carpet, door panels and door sills are in. Painted the interior. The radiator shroud fit really well to my surprise. Put the V8 Registry sticker on the center console. When I turn the fan on I can fell a lot of air moving through the vent. Hope it will work in the heat.

I have the firewall installed and an engine cover that is a little different. If you have a pocket knife with a fillips screw driver you can remove the engine cover, back glass and the fire wall. Also put in a new steering wheel with a Seth Emerson adapter.

It's in primer and I have been at the body shop block sanding for about three weeks. I figure it will not be completed until next spring. That means it will be a year and a half. These guys don't do anything second class so I can live with that. I will get a new car back with all straight parts that looks better than factory.