John Mar purchased this car from John Lanning in November of 2022.
This car started life as a white 1965 Corsa 140 coupe. It was a car from Mississippi with about 85,000 miles, a good body and a sick engine. The donor car was a new 1990 Cadillac DeVille with less than 350 miles on the odometer that was involved in a fire. The builder was Larry Cooper, a GM engineer who completed the engine transfer over the next several years. He used this car for many years to attend car club events, local rod runs and to cruise around town.

Larry mounted the entire drive train with its 4T60 4-speed automatic on a full sub frame. Strut towers were built over the rear wheels and the entire Caddy drive train was bolted into the back of the Corsa. Many components from the Cadillac were used including the radiator which was mounted in the rear using the two stock puller fans supplied with the original Cadillac cooling system. The engine oil cooler and transmission cooler were installed in front of the radiator. This setup provides a 40% front to 60% back weight ratio; not perfect, but still offers better handling than a stock Corvair. The engine is still computer controlled and can be monitored via the ALDL connector located conveniently outside of the engine cover.
July 2013 Kalamazoo Convention video 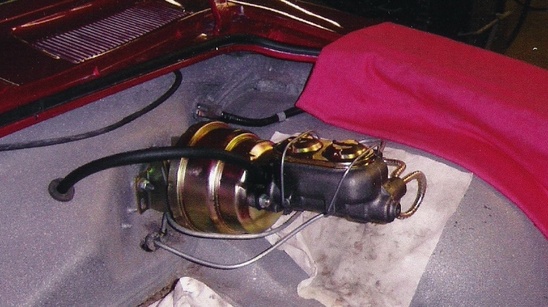 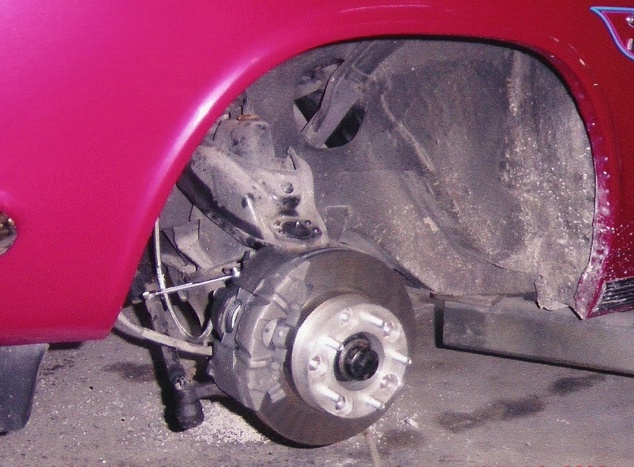 The wheel studs (serrated bolts) were replaced with Dorman #610-259 bolts (7/16”-20 X 1-3/4”) on the modified stock Corvair wheel hub. Attached to the front wheel hubs is a pair of custom made aluminum adapter plates (1-1/4” thickness) with metric bolt pattern to match the front and rear wheels for convenient wheel rotation. The adaptors were made by Champion Machine & Wheel, Louisville,  KY and the installation was performed by Jack Brown Engineering, a speed shop and fabricator, located in Louisville, KY.
Click HERE To See How John's Car Was Built