The goal of the "Monzter" is to be in the "pro-tour/street race" style, ready to blow your doors off, but you can simply drive it anywhere in complete comfort. 350 cu in / 330 HP SBC Porsche Boxster S transaxle.
It is a 1966 Corsa with a 1971 Corvette 350 LT-1, mated through an A&E Automotive adapter to a Porsche Boxster S 6 speed transaxle. This combination leaves plenty of legroom as the water pump pulley only projects beyond the rear seat area by 3". Rear suspension is being updated to an adaptation of Corvette C4 uprights and half-shafts. The Corvette rear disc brakes with integrated emergency brakes are to be retained and Scarebird front caliper brackets added with a 7" dual diaphragm, dual master cylinder. Plans are for a rear mounted radiator with 4000 cfm of dual electric fans. 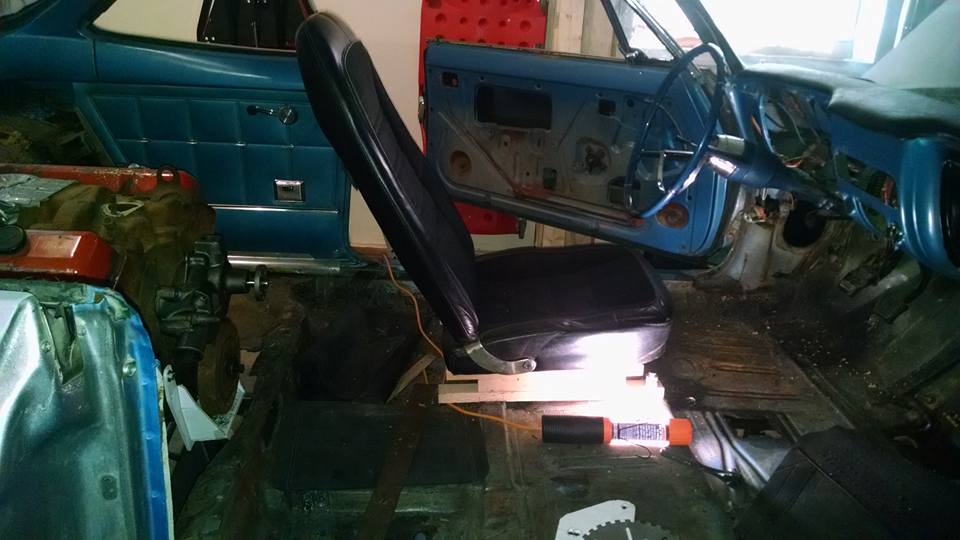 Mine sits back farther, much more leg room. 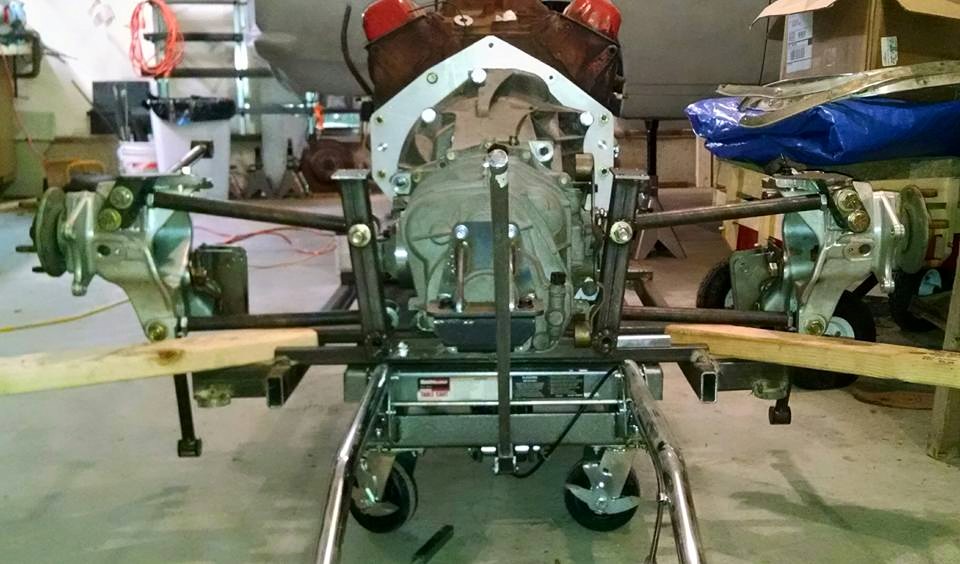 This is what the suspension looks like. As an out of the car shot, it's a little less confusing. 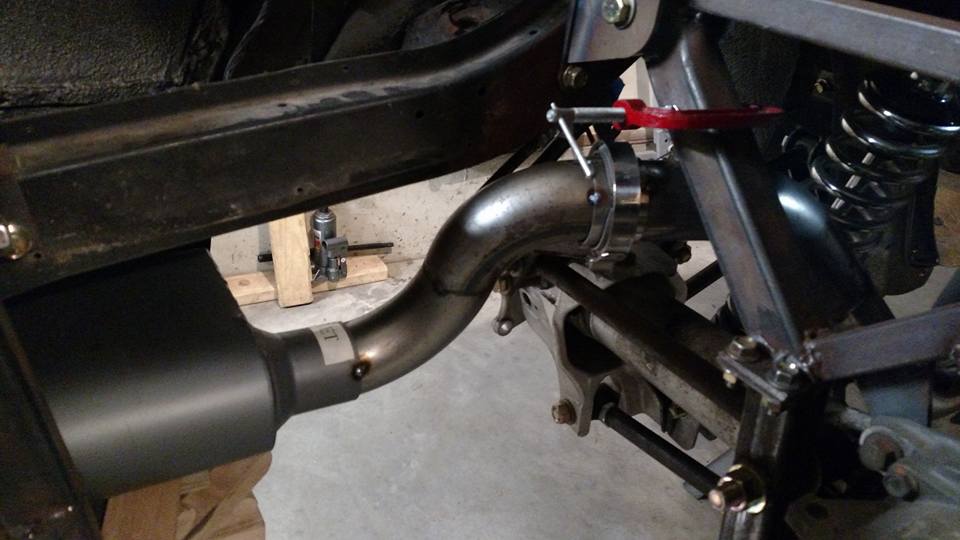 Moved Frankenvair Labs to a new home in Maryland. Car is up on it's wheels. Now needing completion of the details: Fuel tank to carb, electrical, final brake plumbing and hanging front discs - before cruising out this coming summer for shakedown. Hopefully it gets blown apart next winter for final paint and bodywork. 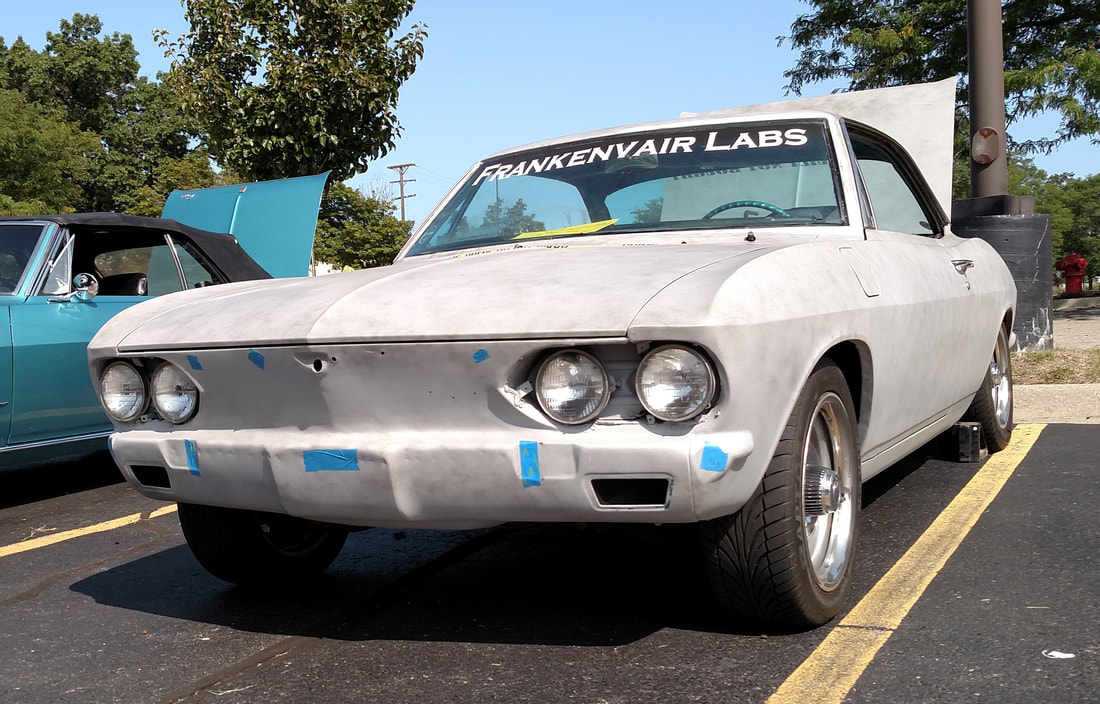 Car is running with only enough wire to start it and move under it's own power. Working on the engine cover between now and Christmas. Hope to have it street legal by the summer car show season.

Upgrading to 17 X 8 front American Legend Cruisers with 18 X 9 rear wheels. Adding A/C this winter. Last year, took it to NJMP Lightning races at for shakedown. Nothing broke, nothing fell off, so WIN! Car is tire and brake limited, hence upgraded wheels and tires, need to put track day pads on it too. 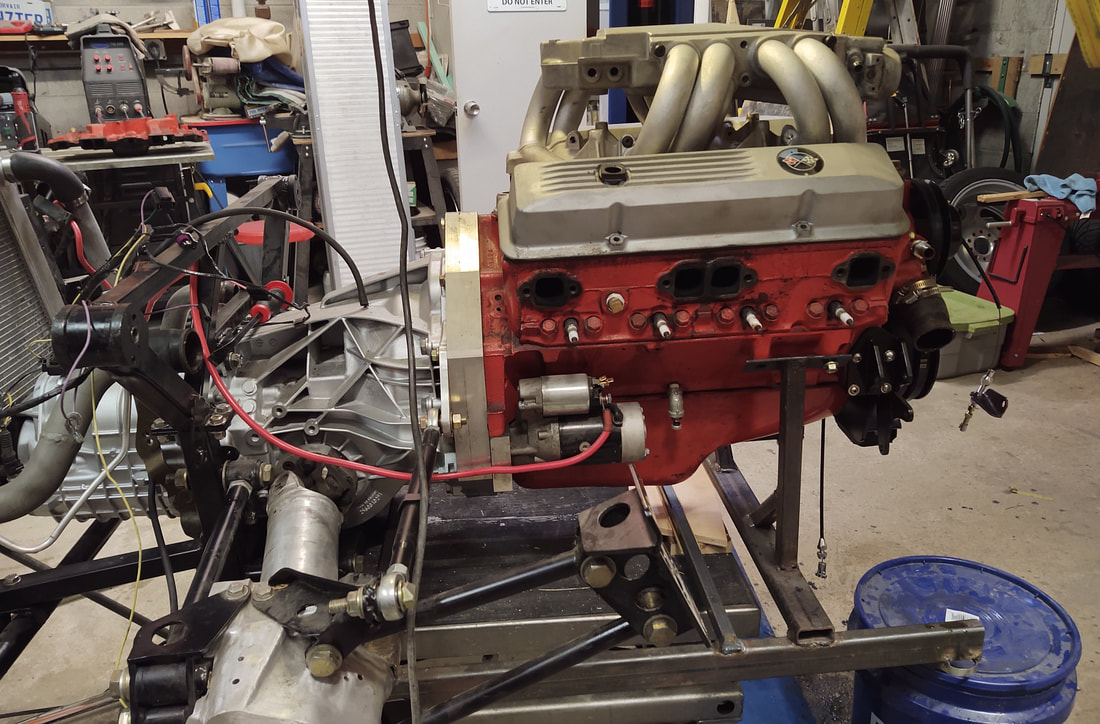 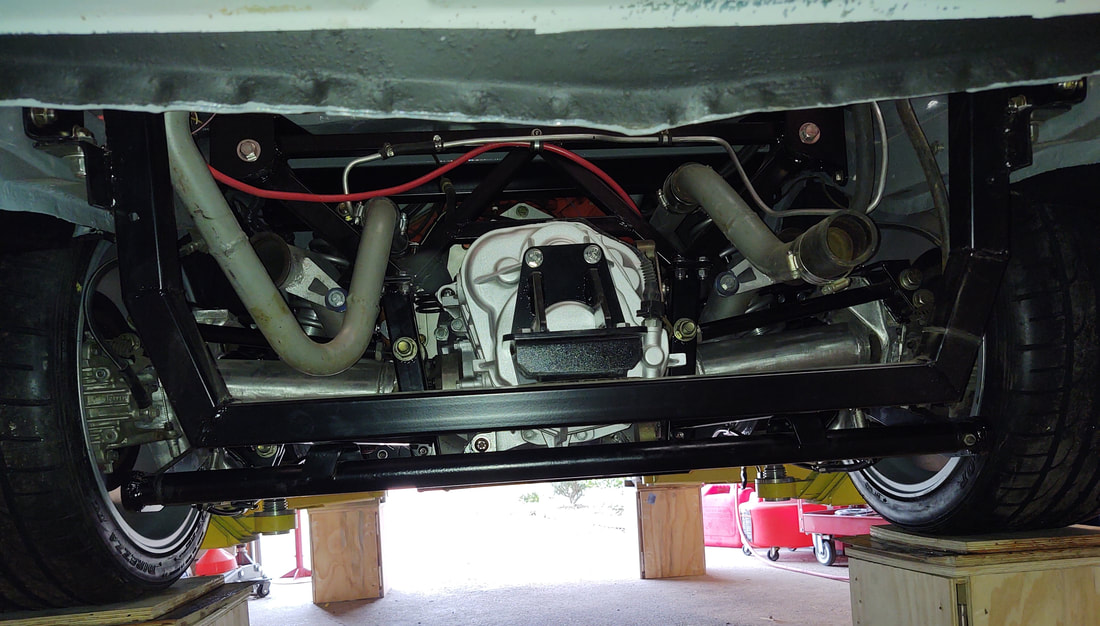