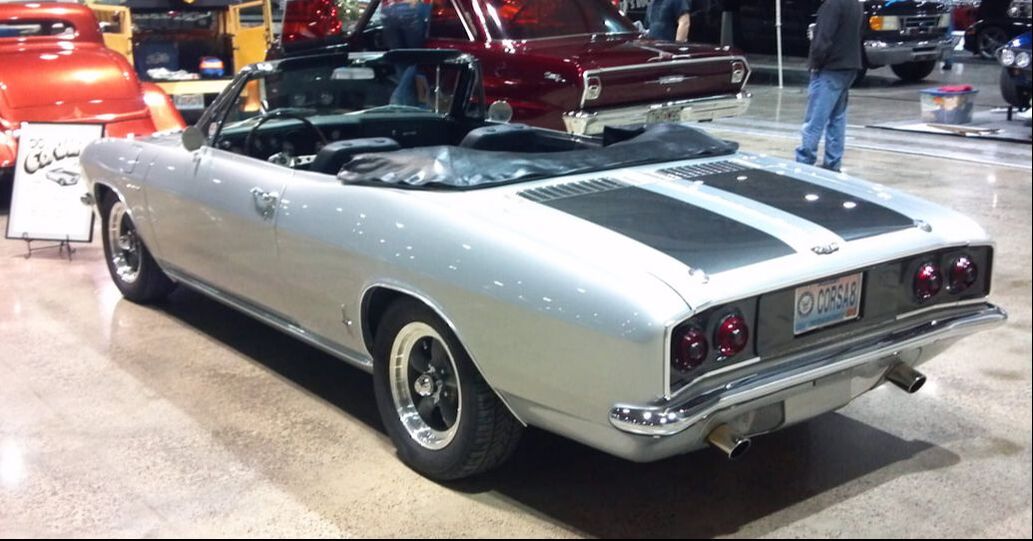 1966 Corvair Corsa. Originally a 140 hp, the converion to an Olds 215 V8 was started in 1969. Engine was put in car and front end chopped up for radiator and fan, but not completed. The car sat in a garage, covered with blankets for 40 years. In 2010 a restoration was commenced by its third owner. I purchased the car from him. Paint and body was excellent, but the engine had a cracked #3 piston -- I have since overhauled the entire engine. Inside, there was less than .0001 wear -- a new engine!

In 2014 I added front wheel disc brakes and changed out the wiring system - all new from front to back. I also changed fuel pump system to internal to the fuel tank -- the external pump would surge on very hot days and a long drive. The car is a very pleasant driver!