Older Brother turned me on to Crown cars in 1969 when I was 10 years old. Bought my first Corvair (66 yellow Monza) at the age of 15 but never able to afford conversion. Sold car in 77 and finally found my current car already converted 35 years later in 2012. Car was parked in a Home Depot Parking lot (only the 3rd one I'd ever seen in real life) I waited for 30 minutes until the owner came out. I talked with him for 15 minutes and he said he was getting it ready to sell and its in my garage now. 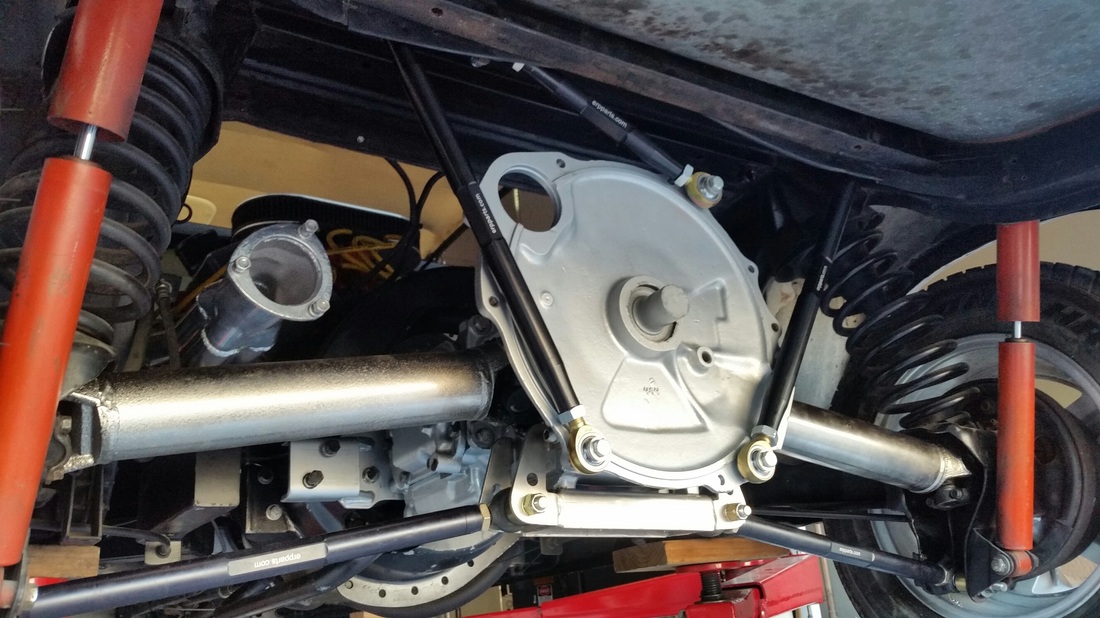 October, 2014 - Starting to get the car back together. 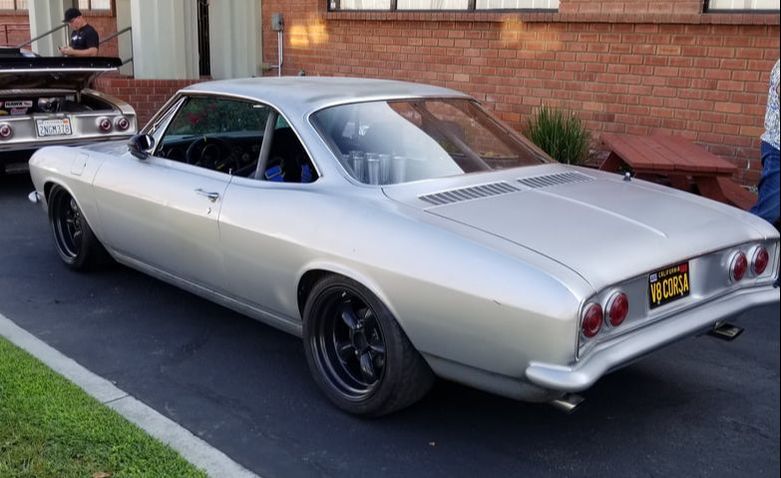 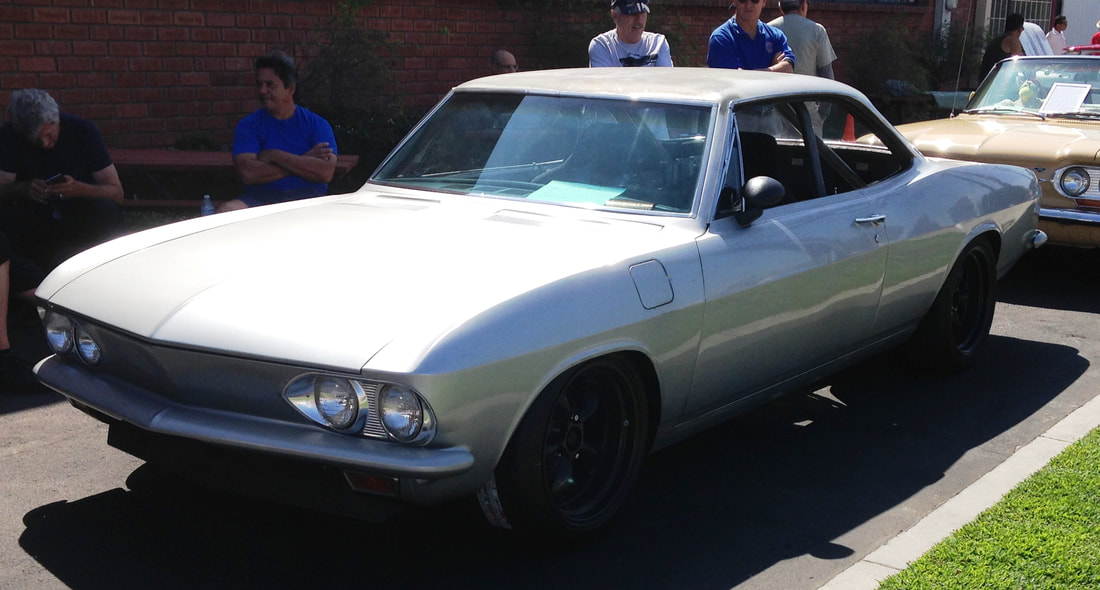 I wanted the engine exposed but this meant for heat and safety I needed bulk head of sorts. The Weber Carbs come much further forward than a 4 barrel and I was alway cramped in the car at 6'3 so I'm moving the engine back 3" which really makes a big difference in comfort and the Weber's are now behind the roll bar so I we can put in the divider. 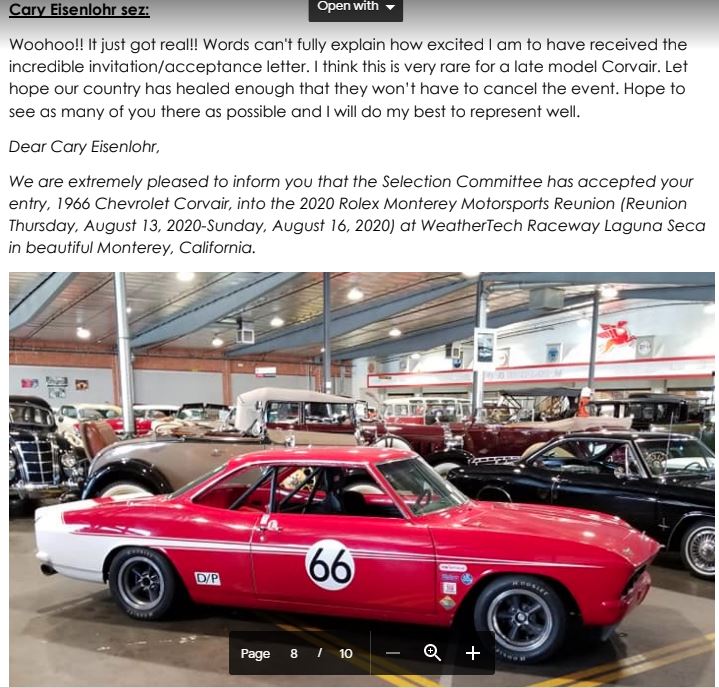