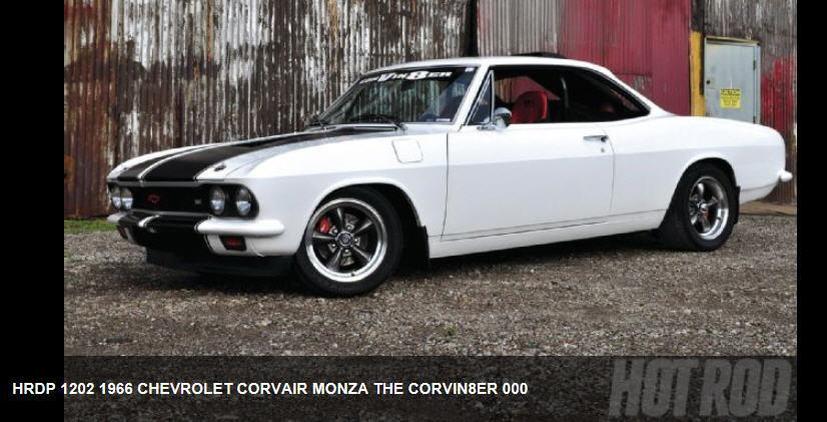 It's called the corVin8er. A Google search will give a link to the February 2012 HOT ROD magazine article telling the story of building the car with my son, Cory. It is a 1966 Monza It has a built 383 Chevrolet small block stroker with a Corvette C5 differential mated to a Powerglide automatic transmission. The rear end center section is a quafe. it uses Corvette  halfshafts with CV joints. It has had the front end worked over to correct the Akerman and I added power steering. Four wheel disc brakes with Willwood up front and Cadillac Eldorado in the rear.

Clark's v8 springs front and back. Cut one coil all around with Koni shocks. Has worked out to be a great set up for autocross, drag racing and the occasional cruise night. It's a bit stiff but very responsive. I've recently updated to a 427 small block and can't wait till it's broken in to see the change.

This past summer the corVin8er received some love in the form of a full roll cage and a small block 427. The engine is a fairly radical replacement for the 383 and the car is simply amazing to drive. A bulkhead with a polycarbonate window replacing the previous engine cover now displays the gem sitting in the back seat. You have to love it when people call you crazy. 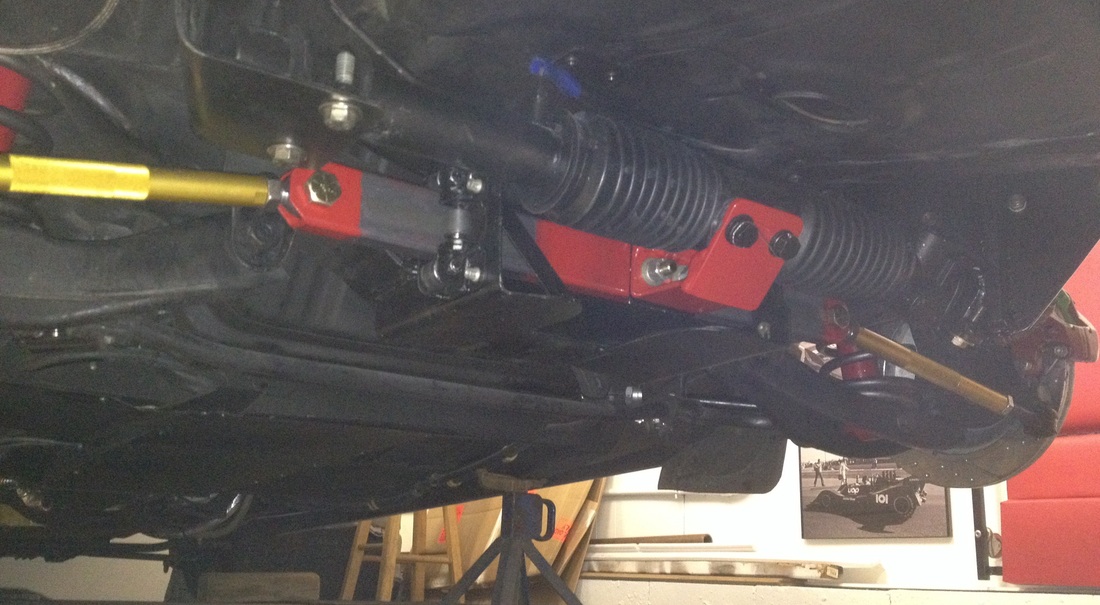 A quick update. The corVin8er received new steering this past winter. Self engineered rack and pinion with zero bump steer. It is a center takeoff rack off a 1995 intrepid. I was able to mount it in a way that I was able to run the steering shaft without cutting any thing. Test drives are very encouraging. Soon to track test it.

This winter working on making a fiberglass hood, new bigger headers and a new bigger carb. Make it light and let it breathe.

Just a quick summer 2017 update. I was able to get a 60 pound weight savings with fiberglass hood and deck lid. I opened up the front ducts for a bit more airflow when stationary.

The Black's open up their home to the V8 Registry - and Cory opens the throttle for Fastest Time at the Autocross
This winter I worked on updating the CorVin8er to 315/30/18 front and 335/30/18 rear tires. Fabricated and installed steel flairs and also adapted and installed a Chevy truck brake hydroboost. What a difference these mods have made!