Have you seen the Greg Riley book? (I think that is his name) about v8 Corvairs?  Mine is the one with the ZF transaxle. It is a 65 that I built from scratch before running into Arch Evans and Chuck Rust.

There are things I would do differently now....and will be changing as soon as I get it back into the garage. It was originally a blown 350 , but I removed the blower. It has a zf tranny, Pantera original usage as you probably know. I built the frame, headers, even a clutch throw out bearing, shift linkage, all from scratch. Plan on adding air conditioning and want to vent radiator air up thru the hood. Need to see what Chuck Rust is doing there... I have a new steering box and disc brakes on the shelf waiting.... 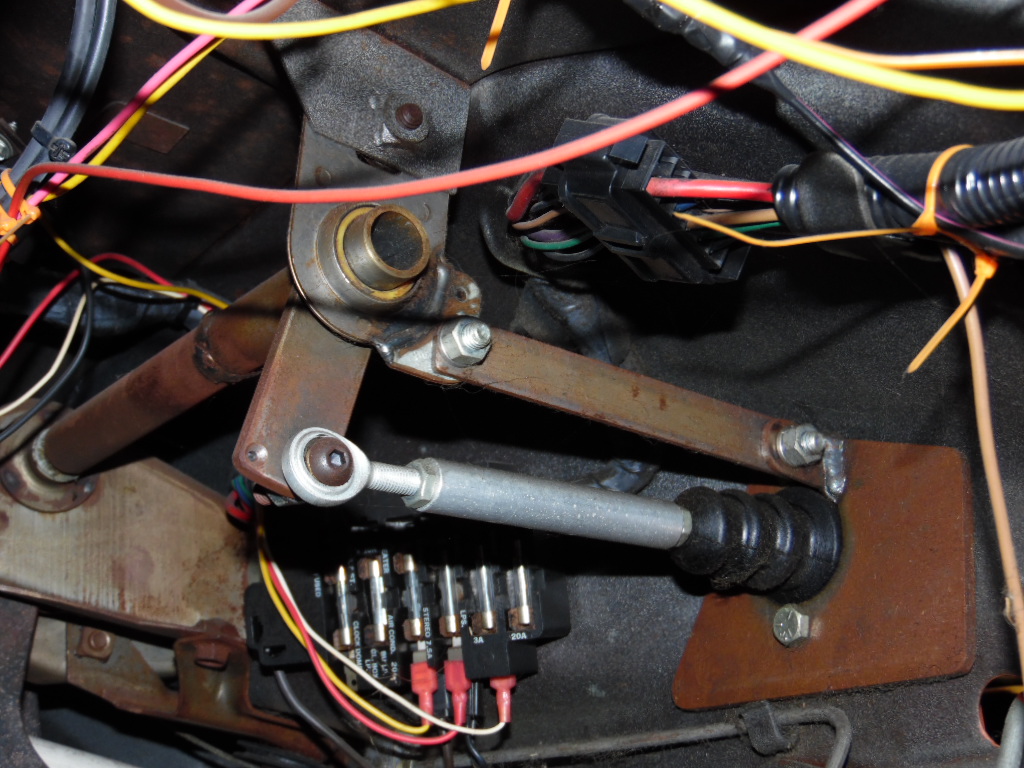 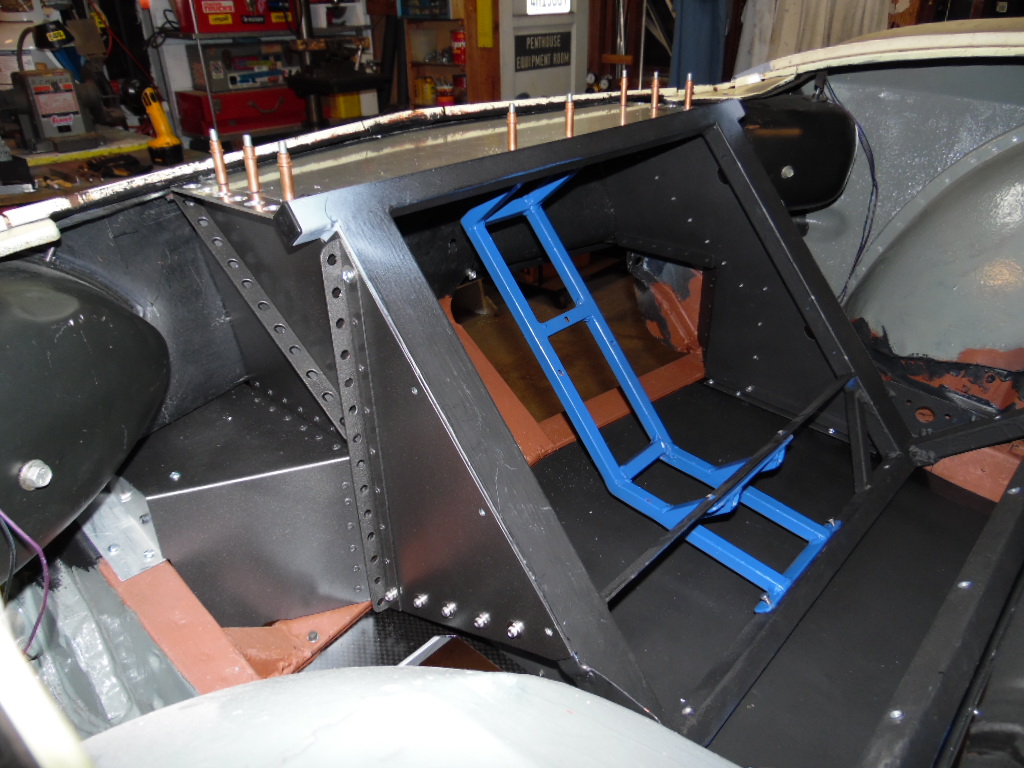 I am currently redoing radiator setup, installing a 24 inch two pass radiator from Speedway and a 24 inch A/C condenser from vintage air. This framework will hold them in place. The blue frame will support an auxiliary condenser fan. 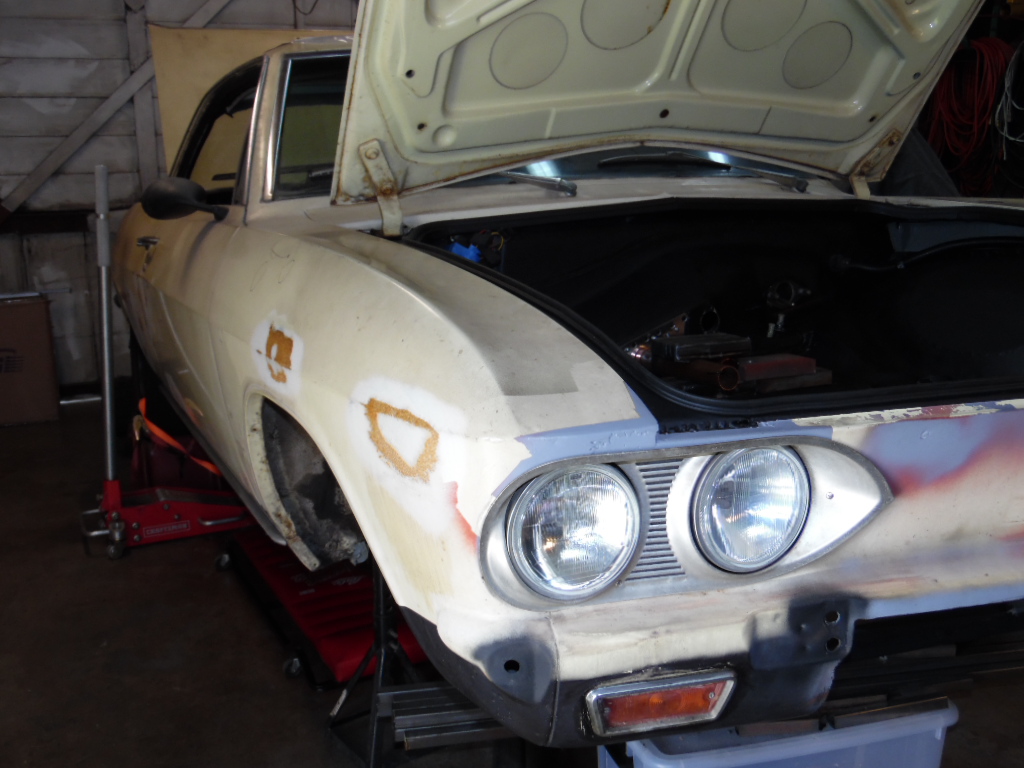 One detail I liked on the "Norris car " was the clean plate where the pipes passed thru trunk , I wanted to come up with something to make that a clean install on my car. There is a similar plate inside between the two plates. Around the pipes is a pair of fat O-rings. When the plates are tightened together the O-rings squish on the pipes holding them in place ... Also noting posts from others like Paul Beck, the pipes inside and under floor are insulated. 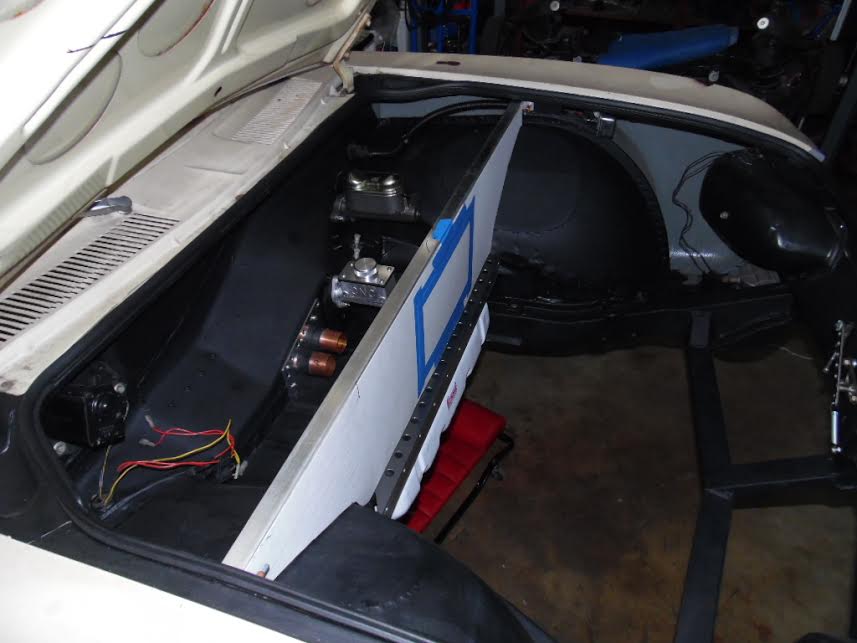 This sheetmetal will help direct radiator air to hood outlet. 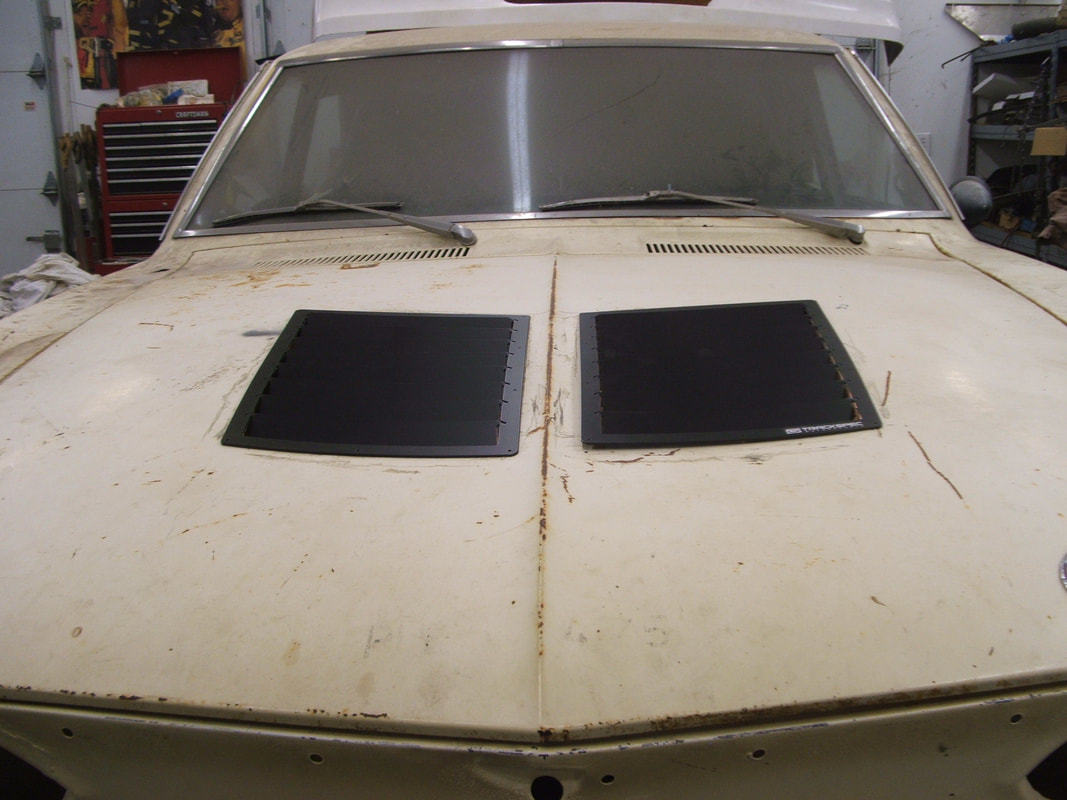 Had to work up my nerve to do it and has been a long time coming, but I finally cut my hood for radiator exit. I am happy with the results (visually , haven't driven it yet) I thought I wouldn't like it but I think blacking out the hood will reduce visual impact - also got my compressor mount and mocked it up.

Didn't find the plastic hood. Trimming out the opening is something I haven't figured out yet , talking with my brother in law who is in to airplanes he suggested some sort of lip at leading edge which I will do at least temporarily with a simple strip of aluminum ,, I have thought of how I might fab a set of aluminum louvers , I might fab a fiberglass surround of some sort ,, or maybe I will find something like suggestions on registry page ,, tho I admit that post by Michael Svinth about cutting out the louvers in his hood give me pause about restricting flow too much ,, not even sure about final size and shape at this point but I needed to keep moving and I was stalled until I opened the hood  ,,I initially tried a cutoff wheel on left side ,, slow going ,, burns the paint ,, and is dusty and difficult  ,, following suggestion from Chuck Rust I tried jig saw with metal blade and that is definitely better, I used a sawzall back when I cut under bumper and that is hard to control, I saw body saw at harbor freight I might have tried. I spent some time after meeting talking with John Balon and I am encouraged that I am heading in a good direction. 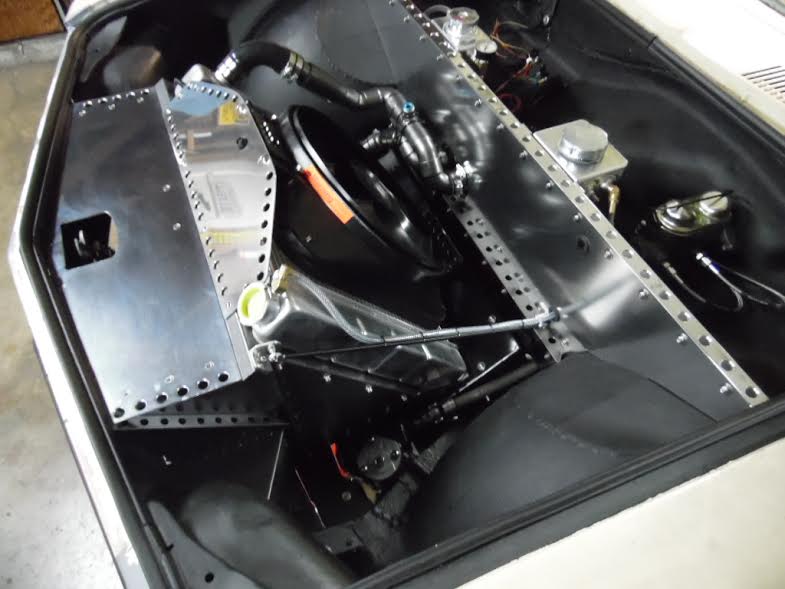