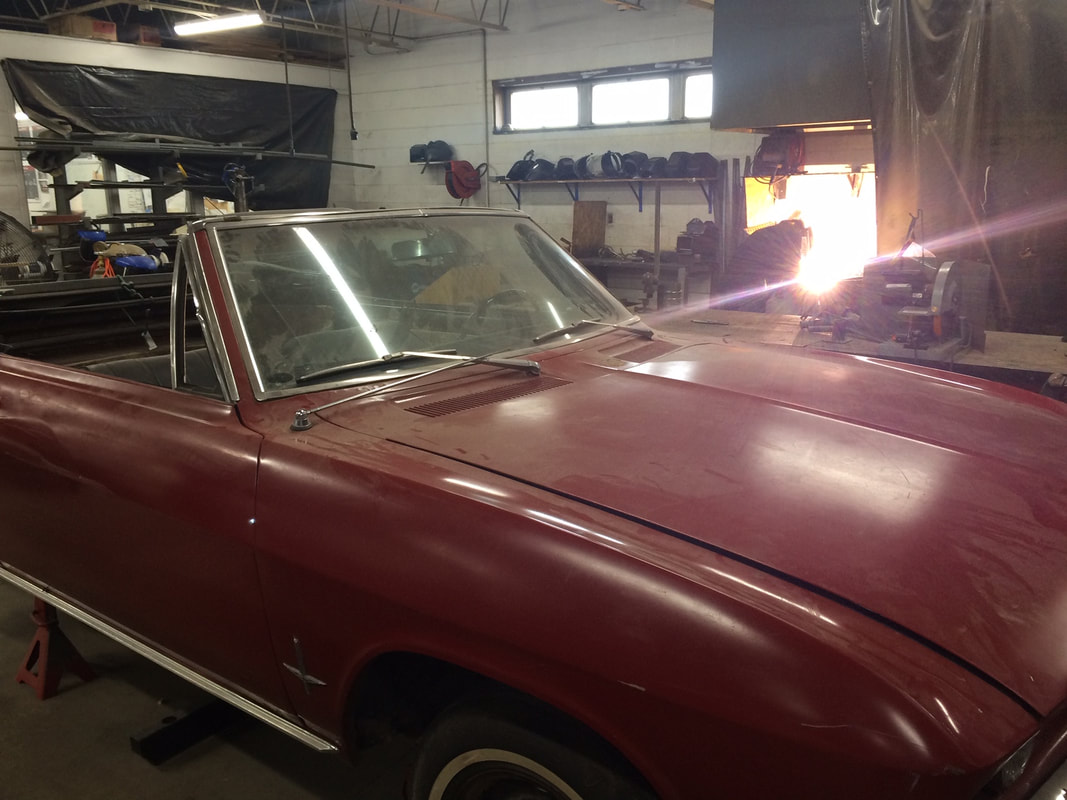 I am the new owner of this car. I started driving Corvairs in 1968! Had quite a few and always wanted to build a Corv8. Fast forward to 1975... got out of the Army and bought several more Corvairs. Had the suspension kit and a 365 hp 327 motor that had one wrong cylinder head. Bought the Crown manual (still have it all these years later) and planned to build one. For whatever reason at the time I sold the Vairs and started buying other cars. Lots of 442's, GTO's, Firebirds, etc. I currently have a 65 GTO convertible Tri-Power 4 speed car (not original) but updated with 4 wheel discs, tubular suspension, etc. Also have a nice 67 Cutlass Supreme convertible with a LS3/4LE85, Ford 9", lots of good parts.

After looking at Corv8's for years, I bought one for what I think is a fair price and am arranging shipping now. I will likely have a zillion questions as I get into this, hopefully all major parts are good and hope to get this moving under it's own power shortly.

Mike Levine warms up the transmission.
The Corvair still needs a lot. It is basically gutted right now, no engine/trans/diff, no wiring, no cooling system, no hydraulic lines, no dash... Once the drivetrain is back in, I will have the exhaust bent up (planning on 4 tail pipes like the new 'Vette's coming out the center. I had my headers ceramic coated, have a brand new baby crate motor (350/290HP) with Edelbrock, QuickFuel carb, Deadenbear electric water pump, etc, so it should scoot along pretty well. The car was originally built with a rear cooling setup, but if you look at the photo's of when I got it, all that is ripped out. I am going with the largest 4 core aluminum radiator I can find, ducted like the Norris car. While they are bending up the exhaust, the plan is stainless, we shall see, but to have him bend my coolant pipes in stainless as well.

I removed the front body panel from the car as it was pretty sad. It had probably a good 40 lbs of lead in it, plus rust as well, so I got a front clip from California to replace it. I just cut out the air intake opening, and welded a 3/16 steel rod around the opening to give it a more finished appearance and a little strength. I have drilled out 90% of the spot welds, still have to finish separating it from the clip. Then I need to cut out the galvanized inner panel, fab up some sort of bracketry for the radiator, fans and ductwork. I have a new Painless Wiring harness that I will rewire the car with. Would you believe the wiring to the rear fans/relays, etc was 14 GA Romex - And cable tied to the right rear spring. Some interesting engineering. I found a little rust in the rear window channel, had to cut out and remove, found a little more on the passenger side, but I am trying to get a cut out piece to replace it if I can. The front window channel and dash are excellent. I was able to get a LOF tinted, shaded windshield here for $120 brand new! The car came from AZ, so it was pretty much rust free. It sat for many years, dried out all the window gaskets, I still have to clean and seal the fuel tank (Got a POR15 kit for that)

Front suspension seems to be pretty decent. Replaced all the brakes, hoses, hardware, shoes, etc. Eventually will go with front discs and maybe down the road rears also. I "restored" the dash, at least cosmetically, fixed the panel above the radio opening for three additional gauges (it was a mess) and still have lots of little things to do. Once the drivetrain is back in, and the cooling pipes mounted/insulated/etc, I can finish up the hard lines for the clutch and brakes, wire it, etc. I also went with a hydraulic release bearing instead of the slave cylinder,