Using many components of a 1966 convertible and adding a reverse running engine coupled to the original engine - all mounted in the front of a custom designed body/chassis, the transaxle is in the rear. Coupling is via 1963 Tempest parts and a shortened Corvette driveshaft running through a center spine/torque tube. result - a flat 340 cid 12 cylinder 280 HP power plant. 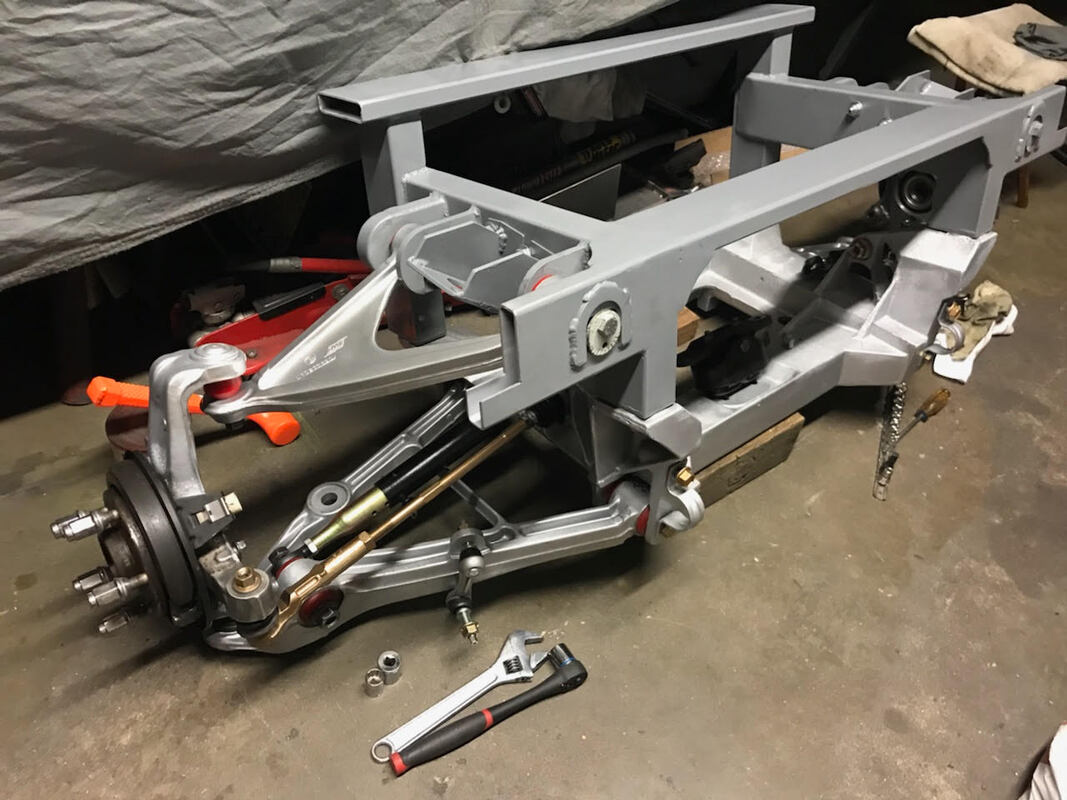 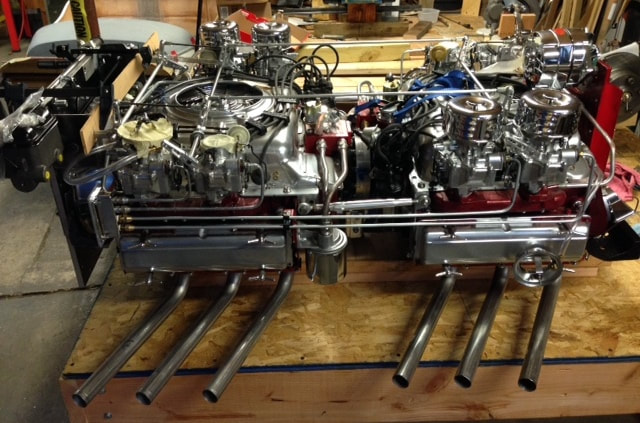 The power is essentially a flat 12. It's 2 built up 140's, nose to nose. Having built many engines, Corvair and others,  the 140's are built to possibly 200 hp.  Hi-perf cams, CC'd , carbs modified and a lot of machining details ala John Fitch.   When I did an identical engine years ago it tested at 200hp. Don't remember the torque. So I'm looking at about 400 hp for the combo.

The stock positraction transaxle is from the '66.  Shown in the photo is that transaxle with an adapter plate to mate a '64 Tempest bearing housing where the Crown conversion uses a bell housing. In front of that is the adapter for, essentially , a torque tube/console extending to the tail end of the engine bell housing.